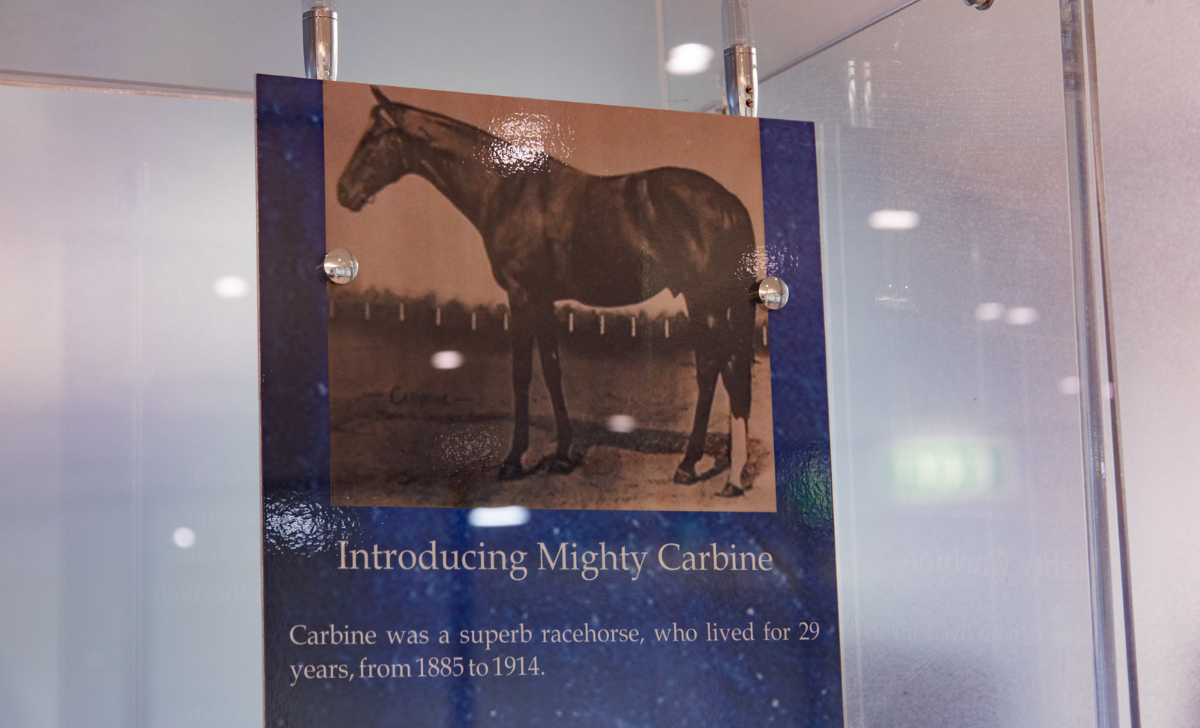 From 43 starts in a five-year racing career, Carbine achieved:

Carbine was born in 1885 at Sylvia Park Stud in Auckland, New Zealand, sired by Musket, out of Mersey (mother).

After the race, crows cut souvenirs from his mane and tail.

Duke of Portland (in England)

Carbine then travelled to England and died in 1914 aged 29 years. 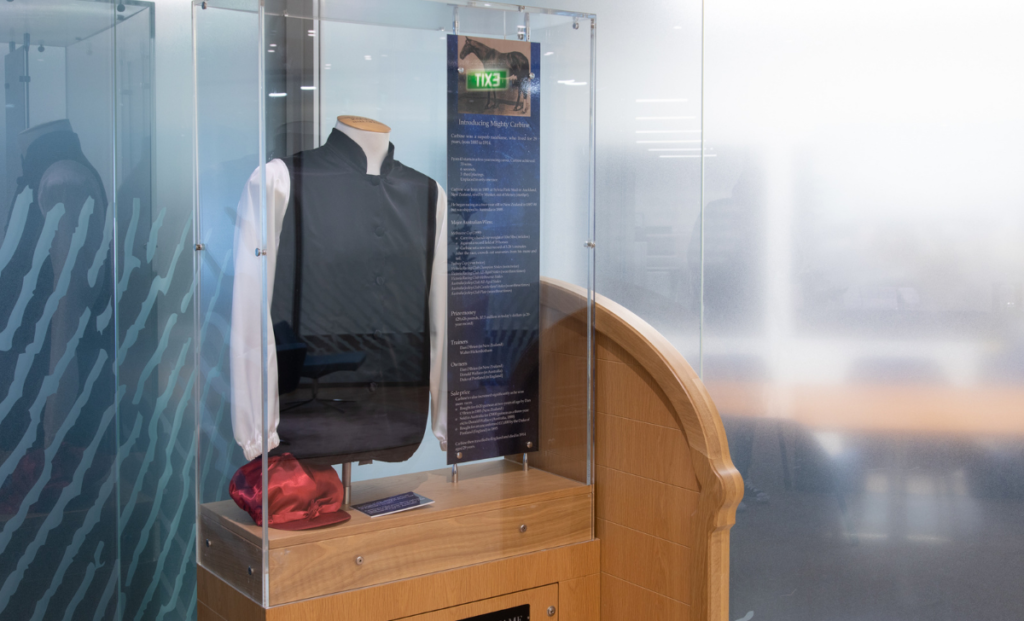 A replica of the ‘magpie’ colours belonging to Donald Wallace, one of Carbine’s owners.

Carbine’s rider wore these colours when the great horse won the 1890 Melbourne Cup in Australia.